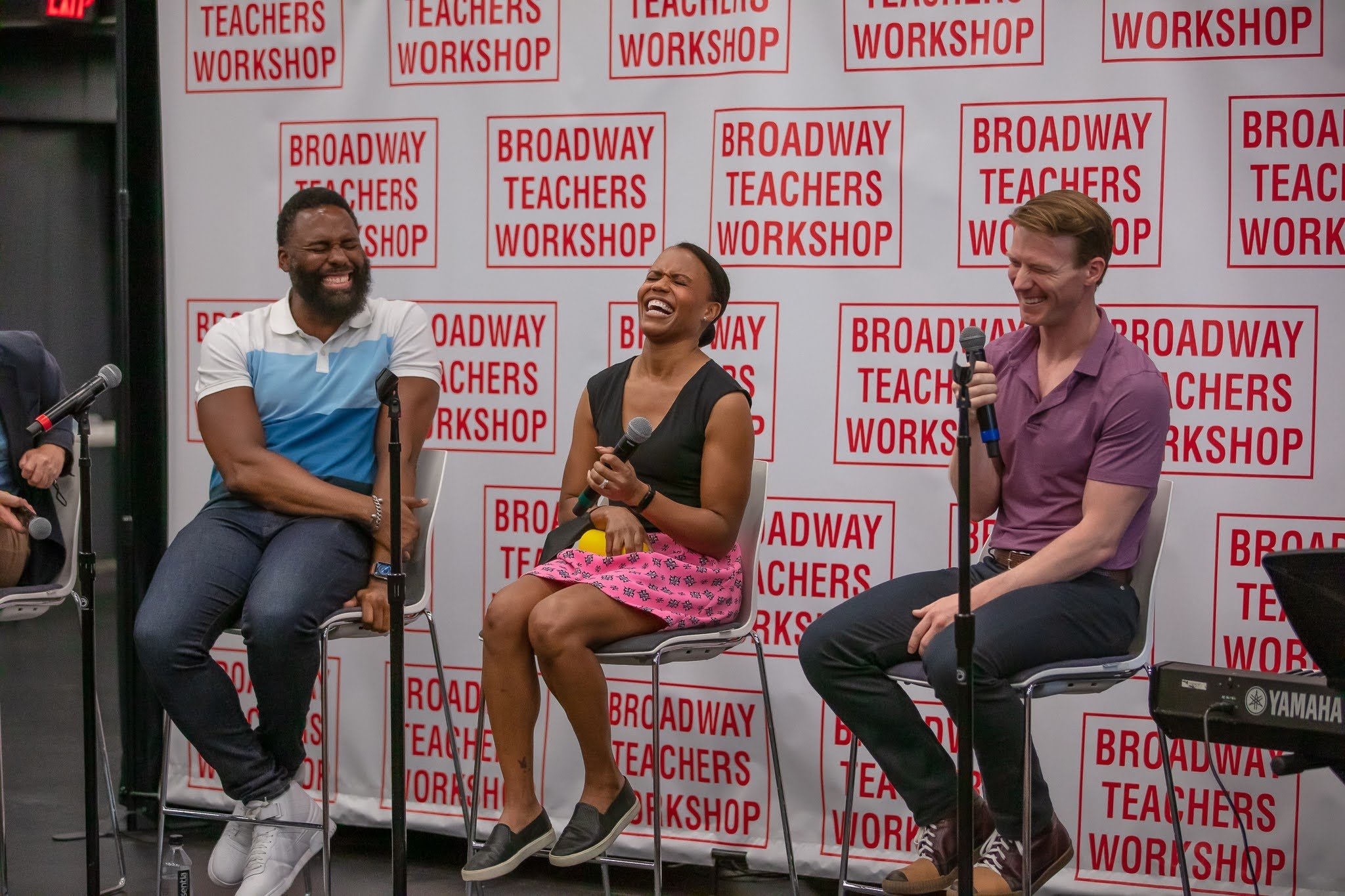 The Broadway Teaching Group collaborates with Broadway’s top artists to create events for educators and students. Many of our workshops are available for graduate and undergraduate level university credit in conjunction with University of Nevada Las Vegas.

Gordon Greenberg is the Co-Artistic Director of the Broadway Teaching Group. He has directed and written shows on Broadway, Off-Broadway, in London’s West End and around the world. He has taught for University of Michigan, Belmont University, University of Oklahoma, NYU, University of Florida, Columbia University, Syracuse University, University of Utah, Broadway Dreams in Moscow and Berlin, Arts Ed in London, and more. He co-wrote and directed the Broadway stage adaptation of Irving Berlin’s Holiday Inn for Roundabout, Universal Pictures, and PBS Great Performances. His acclaimed revival of Guys And Dolls was nominated for six Olivier Awards and had an extended run at the Savoy and then the Phoenix in London’s West End (starring Rebel Wilson.) He directed the Drama Desk Award winning revised production of Working (adapted with with Stephen Schwartz and Lin-Manuel Miranda) at 59 E 59 Theatre in New York, the acclaimed New York revival of Jacques Brel Is Alive And Well… (Drama Desk, Drama League, Outer Critics Award noms), The Secret of My Success for Universal Pictures Stage Productions, Johnny Baseball for Williamstown Theatre Festival, Tangled for Disney, Band Geeks! (also co-author), and more.

Pam Pariseau was most recently the Creative Development Director for Stage Entertainment (producers of Sister Act, Rocky and Big Fish) where she worked on the upcoming Broadway bound production of Anastasia by Lynn Ahrens and Stephen Flaherty and Terrence McNally.  She has also served as Vice President of James Hammerstein Productions, a theatrical production company that worked on and off-Broadway and in London’s West End.  Broadway credits include Honeymoon in Vegas, Tracy Lett’s play Superior Donuts andThe Seagull with Kristin Scott Thomas and Peter Saarsgard. West End productions include Dealer’s Choice, Sunday in the Park with George and Dirty Blonde (directed by James Lapine and featuring the original Broadway cast). Off-Broadway credits include Bat Boy The Musical (music and lyrics by Laurence O’Keefe), Slut, The Big Bang, My Name Is Rachel Corrie (directed by Alan Rickman) and Our Town. The production of Our Town had the distinction of being the longest-running professional production of Our Town in history, and was the winner of the 2009 Lucille Lortel Award for Outstanding Revival and Outstanding Director.  She has served as Creative Director of National Artists Management Company (producers of the Broadway production of CHICAGO) where she worked on the Broadway production of Annie Get Your Gun with Bernadette Peters and the off-Broadway production of This Is Our Youth with Mark Ruffalo. She has also been the Casting Director and Literary Manager for Musical Theatre Works (a developmental non-profit dedicated to new Musicals), Development Director for New View: Musicals in Process, and Artistic Director of the Helen Hays Performing Arts Center in Nyack, New York and the Chiswick Park Theatre in Sudbury, Massachusetts.  She received the 2011 Distinguished Alumni Award from her alma mater, The Boston Conservatory. Along with Co-Director Gordon Greenberg, she founded the Broadway Teaching Group, a full service arts education program for theatre educators and students.

MUSIC THEATRE INTERNATIONAL:  MTI is one of the world’s leading dramatic licensing agencies, protecting the rights and legacy of composers, lyricists and book writers. Our core business is issuing licenses and supplying scripts, musical materials, and other theatrical resources to schools and theatres, both amateur and professional around the world. With nearly 300 titles in the MTI catalogue including hits from the Broadway and London stage, musical revues, the Broadway Junior Collection and other youth musicals, MTI shows have been performed by 60,000 amateur and professional theatrical organizations throughout the US and in over 60 countries around the world.

The University of Nevada, Las Vegas

The University of Nevada, Las Vegas is a doctoral-degree-granting institution of 28,000 students and 3,300 faculty and staff. Founded in 1957, the university offers more than 220 undergraduate, master’s, and doctoral degree programs.

UNLV is a research institution committed to rigorous educational programs and the highest standards of a liberal education. We produce accomplished graduates who are well prepared to enter the work force or to continue their education in graduate and professional programs. Our faculty, students, and staff enthusiastically confront the challenges of economic and cultural diversification, urban growth, social justice, and sustainability.  Our commitment to the national and international communities ensures that our research and educational programs engage both traditional and innovative areas of study and global concerns. UNLV’s distinctive identity and values permeate a unique institution that brings the best of the world to our region and, in turn, produces knowledge to improve the region and world around us.

UNLV is committed to and driven by these shared values that will guide our decision making:

Guided by current research on how students learn best, the B.T.G. dedicates itself to the following principles:

Craft and Structure, Integration of Knowledge and Ideas, Range of Reading and Level of Text Complexity, Emotional/Social Learning, Writing, Drama.