Enter a world of splendor and romance, of eye-popping excess, of glitz, grandeur, and glory

The winner of 10 Tony Awards® — including Best Musical! 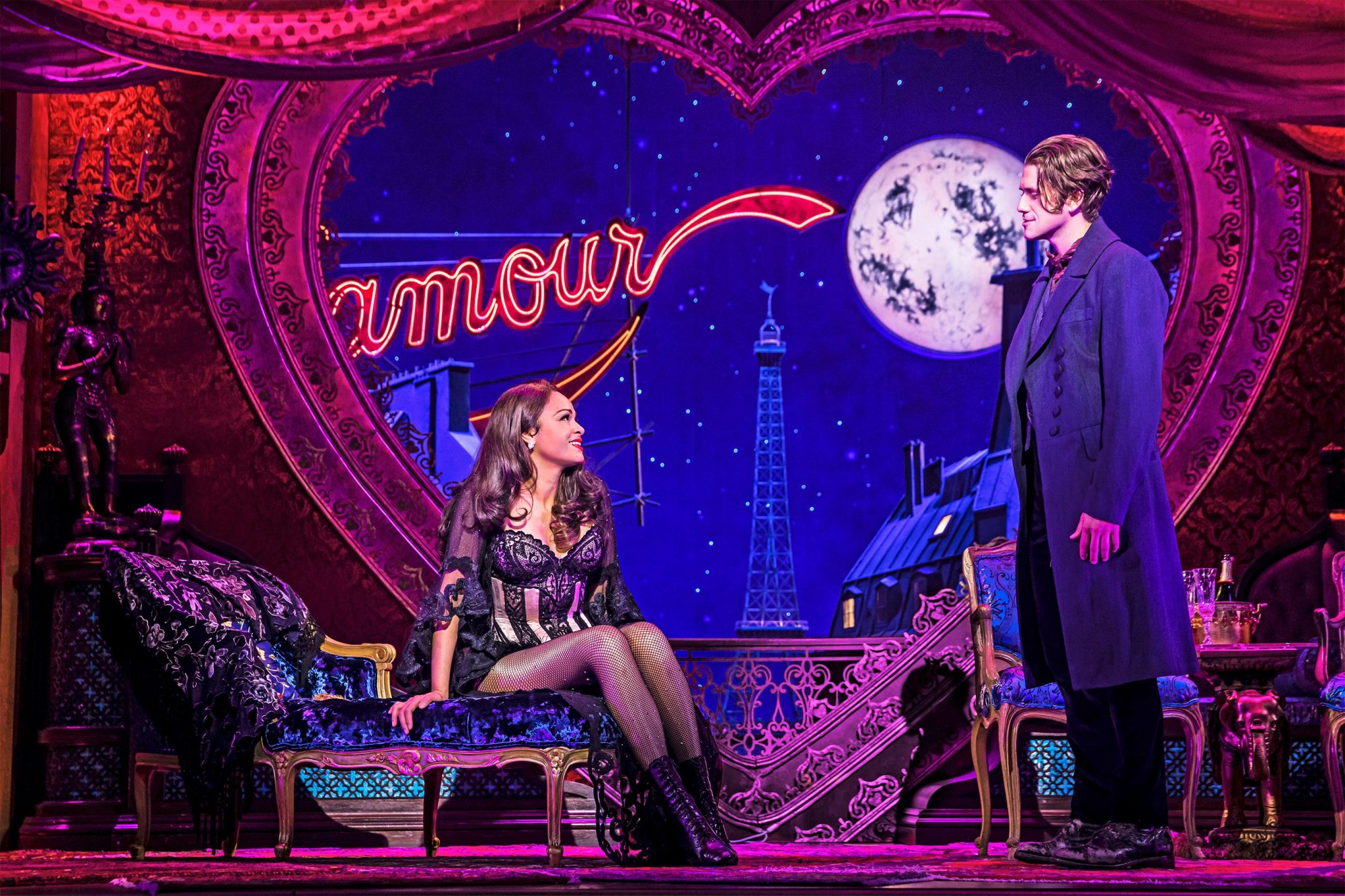 Pop the champagne! Enter a world of splendor and romance, of eye-popping excess, of glitz, grandeur, and glory! A world where Bohemians and aristocrats rub elbows and revel in electrifying enchantment.

Welcome to Moulin Rouge! The Musical!

Directed by Tony Award winner Alex Timbers, Moulin Rouge! The Musical is a theatrical celebration of Truth, Beauty, Freedom, and — above all — Love.

Few people in the world are instantly recognizable by their first name alone, but Baz Luhrmann is certainly that kind of legend.

In 2001 Baz and his creative (and life) partner, Catherine “CM” Martin, created one of the most revolutionary moments in cinema history — the Australian film Moulin Rouge! In an instant the movie-musical was reborn, as our ears were immersed in a new style of mashing existing songs together to create new gems, whilst our eyes tried to keep up with the now-iconic flicks and zooms of Baz’s mind-blowing direction.

Now, 20 years later, Moulin Rouge! The Musical will come home to play its Australian debut in Melbourne. “Uncle Baz” and CM have been instrumental guides and supporters of the stage adaptation of their work.

Fabulous show! My students LOVED it!

Overall:
Rated 5 out of 5
Appropriate for Ages and Grades
Middle School, High School, University and Adult
Impressions:
Uplifting Spirit and Positive Message
Curricular tie-ins:
Art, Music and Literature
Artistic excellence in the following areas:
Music, Dance and Stage Design
Could you see yourself doing this show at your school or local theatre?
yes
Tell us in 50 words or less what your take on the show is from an educators perspective:

I was most taken with the design and athletic dancing. It’s a non-stop spectacle that appeals to all the senses. I was impressed that my students recognized the plot elements drawn from La Boheme, Edith Piaf and Lautrec.

Tell us in 50 words or less what your students’ take on the show was:

The students were so excited by the pop score – songs they knew – and the sense that, as artists, they are connected to centuries of creators. It was thrilling to see them respond to the show like that. They all want to do it in school next year!

You must be logged in to submit a review.