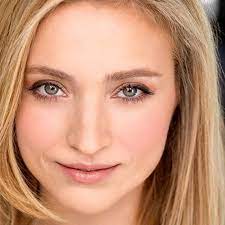 Originated ‘Anastasia’ in Anastasia on Broadway

Christy Altomare is an actress and songwriter, well known for originating the role of Anya in the Broadway production of Anastasia which opened at the Broadhurst Theater on April 24, 2017. Altomare attended the University of Cincinnati’s Conservatory of Music. After graduating, Altomare joined the first national tour of Spring Awakening, in the leading role, Wendla. After the tour, She worked off-broadway on the revival of Carrie, Altomare played the role of Sue Snell. Altomare then made her Broadway debut as Sophie in Mamma Mia! She stayed with the production for a year and then went on to play Guinevere in Camelot. Later in 2016, Altomare played the role of Anya in an early version of Anastasia, she earned praise for her performance and reprised the role when the show opened on Broadway. Her performance earned her a Drama Desk Award nomination for Outstanding Leading Actress in a Musical.