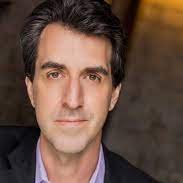 Jason Robert Brown is the ultimate multi-hyphenate – an equally skilled composer, lyricist, conductor, arranger, orchestrator, director, and performer – best known for his dazzling scores to several of the most renowned musicals of our time, including the generation-defining The Last Five Years, his debut song cycle “Songs for a New World”, and the seminal Parade, for which he won the 1999 Tony Award for Best Score. Jason Robert Brown has been hailed as “one of Broadway’s smartest and most sophisticated songwriters since Stephen Sondheim”, and his “extraordinary, jubilant theater music” has been heard all over the world, whether in one of the hundreds of productions of his musicals every year or in his incendiary live performances. The New York Times refers to Jason as “a leading member of a new generation of composers who embody high hopes for the American musical.” Jason’s score for “The Bridges of Madison County,” a musical adapted with Marsha Norman from the bestselling novel, received two Tony Awards. Honeymoon In Vegas, based on Andrew Bergman’s film, opened on Broadway in 2015 following a triumphant production at Paper Mill Playhouse. A film version of his epochal Off-Broadway musical “The Last Five Years” was released in 2015, starring Anna Kendrick and Jeremy Jordan and directed by Richard LaGravenese. His major musicals as composer and lyricist include 13, written with Robert Horn and Dan Elish, which opened on Broadway in 2008 and was subsequently directed by the composer for its West End premiere in 2012; The Last Five Years, which was cited as one of Time Magazine’s 10 Best of 2001 and won Drama Desk Awards for Best Music and Best Lyrics; Parade, written with Alfred Uhry and directed by Harold Prince, which won both the Drama Desk and New York Drama Critics’ Circle Awards for Best New Musical, as well as garnering Jason the Tony Award for Original Score; and Songs for a New World, a theatrical song cycle directed by Daisy Prince, which has since been seen in hundreds of productions around the world since its 1995 Off-Broadway debut, including a celebrated revival at New York’s City Center in the summer of 2018.