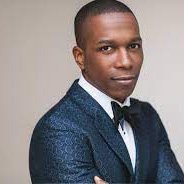 Leslie Odom, Jr. is a multifaceted performer hailing from Philadelphia. He is a Grammy Award­ winner as a principal soloist on Hamilton’s Original Broadway Cast Recording, which won the 2015 award for Best Musical Theater Album. Odom, Jr. originated the role of ‘Burr’ in a sold out run at The Public Theatre in 2015, earning a Drama Desk Award nomination for Outstanding Featured Actor in a Musical and a Lucille Lortel Award nomination for Outstanding Lead Actor in a Musical. Odom, Jr. made his Broadway debut at the age of 17 in Rent before heading to Carnegie Mellon University’s School of Drama, where he graduated with honors. He is the recipient of a 2002 Princess Grace Award for Acting, which is dedicated to identifying emerging talent in theater, dance and film. Additional theatre credits include Leap of Faith on Broadway, for which he won the 2012 Astaire Award for Outstanding Male Dancer on Broadway and was nominated for a Drama League Award; the 2014 musical Venice which also played at The Public Theater; and the Encores! Off­ Center production of Tick, Tick… Boom! which was his first time working with Hamilton creator, Lin­-Manuel Miranda. On the small screen, Odom, Jr. is best ­known for his portrayal of ‘Sam Strickland’ in the NBC musical series, “Smash,” and his recurring role as ‘Reverend Curtis Scott’ on “Law & Order: SVU.” He’s also appeared in episodes of “Gotham,” “Person of Interest,” “Grey’s Anatomy,” “House of Lies,” “Vanished” and “CSI: Miami.” On the big screen he starred in the 2012 film, “Red Tails,” opposite Terrence Howard, Cuba Gooding Jr., and David Oyelowo.