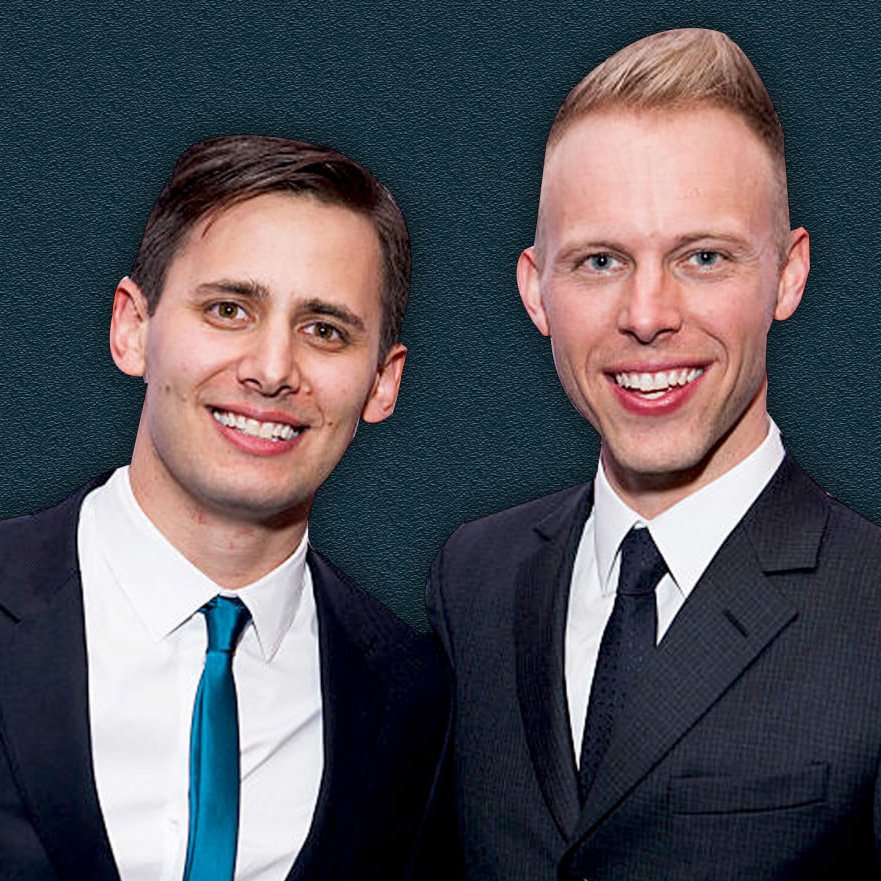 Oscar, Grammy, Tony, and Golden Globe Award-winning songwriters Benj Pasek & Justin Paul are best known for their work on Dear Evan Hansen, La La Land,and The Greatest Showman. Their songs “City of Stars” and “Audition (The Fools Who Dream)” from La La Land were both nominated for the Academy Award for Best Original Song, and “City of Stars” garnered both the Academy Award and Golden Globe for Best Original Song in a Motion Picture. Pasek & Paul won the 2018 Golden Globe for Best Original Song for “This Is Me” from The Greatest Showman, which was also nominated for the 2018 Academy Award for Best Original Song and most recently for the 2019 Grammy Award for Best Song Written for Visual Media.On Broadway, they composed the score for the six-time Tony Award-winning Dear Evan Hansen, their highly acclaimed original musical for which they received an Obie Award, a Drama Desk Award, and the Tony Award for Best Score. Their albums for Dear Evan Hansen, La La Land,and The Greatest Showman appeared in the top 10 of the Billboard 200, the latter of which held the #1 spot for multiple weeks in a row. The Dear Evan Hansen Original Broadway Cast Recording won the 2018 Grammy Award for Best Musical Theater Album and is certified Gold. The Greatest Showman Original Motion Picture Soundtrack was recently named the best selling album in the world in 2018, won the 2019 Grammy Award for Best Compilation Soundtrack for Visual Media, the 2019 Billboard Music Award for Top Soundtrack, and is certified Platinum in over a dozen countries. Pasek & Paul had their Broadway debut in 2012 with their Tony-nominated score for the Broadway musical A Christmas Story, an adaptation of the classic holiday film, further adapted into a live telecast for FOX in 2017. Their new song written for the telecast, “In the Market for a Miracle,” was nominated for the 2018 Emmy for Outstanding Original Music and Lyrics. In 2013, they contributed several songs to NBC’s Smash and received great acclaim for their musical Dogfight which was awarded Off-Broadway’s highest honor, the Lucille Lortel Award for Best New Musical.Their earlier theater credits include the children’s musical James and the Giant Peach and the popular song cycle Edges.