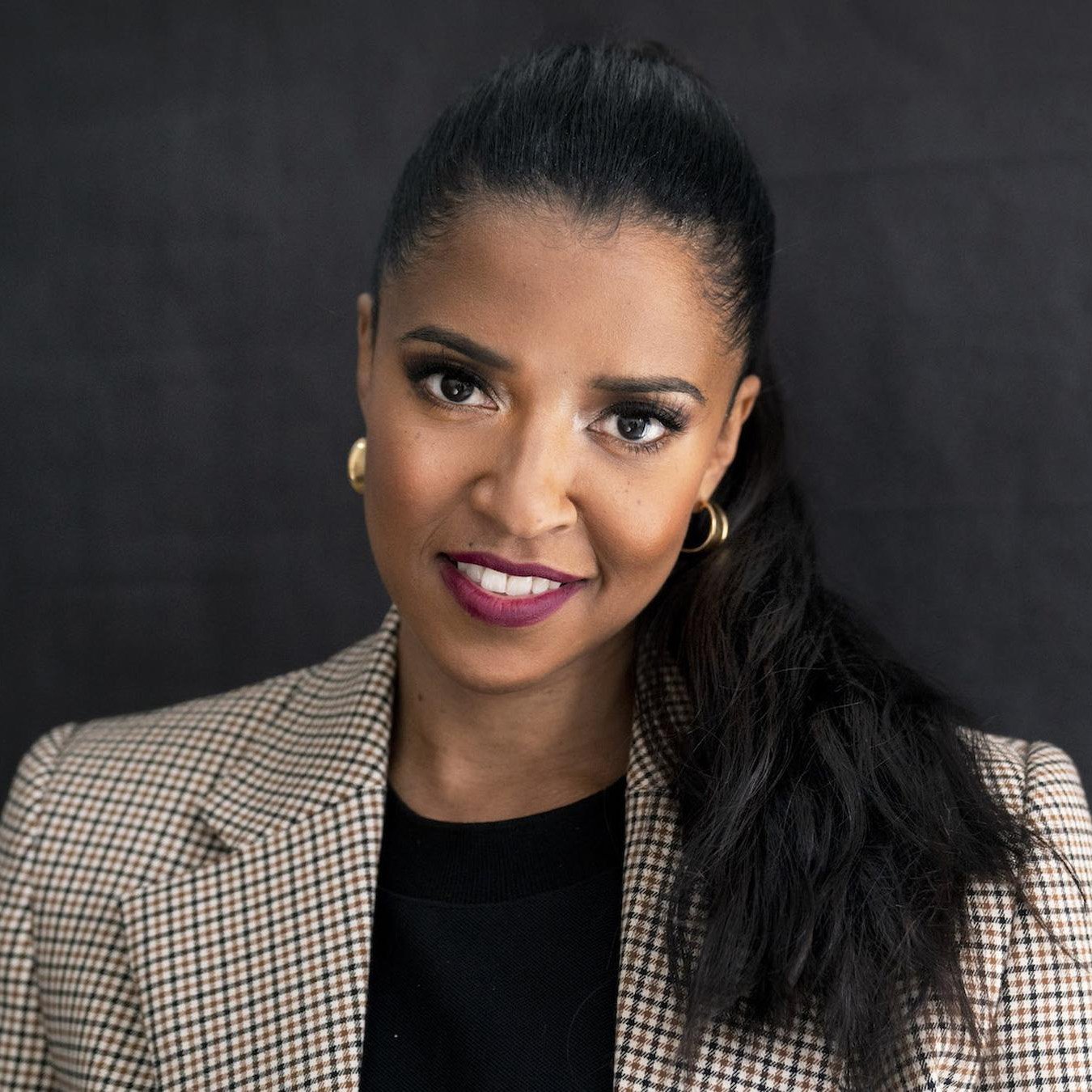 Renée Elise Goldsberry is a multi-hyphenate actress and singer who has delivered award-winning performances both on Broadway and the screen. Best known for her Tony Award-winning performance as Angelica Schuyler in the musical phenomenon Hamilton, she has also starred on Broadway in The Color Purple, The Lion King, and Rent. Goldsberry studied at Carnegie Mellon University and earned a bachelor of fine arts in musical theater. Goldsberry started acting with a recurring role on “Ally McBeal”, appearing on 43 episodes. Goldsberry made her broadway debut as a replacement for Nala in The Lion King and then went on to join the cast of the United States national tour of Dreamgirls. Goldsberry went on to originate the role of Nettie Harris in The Color Purple, which went on to be nominated for eleven tony awards. Another one of Goldsberry’s original roles is that of Angelica, the oldest and wisest sister in the Schuyler sister trio. Goldsberry plays a complex and loving character who “loves her sister more than anything in this life” and sings some of the most beloved songs in the show. For her dedicated work in the show, she won Drama Desk Award, the Lucille Lortel Award, and the 2016 Tony Award for Best Featured Actress in a Musical. In addition, she won a grammy alongside her fellow cast members for Best Musical Theater Album.