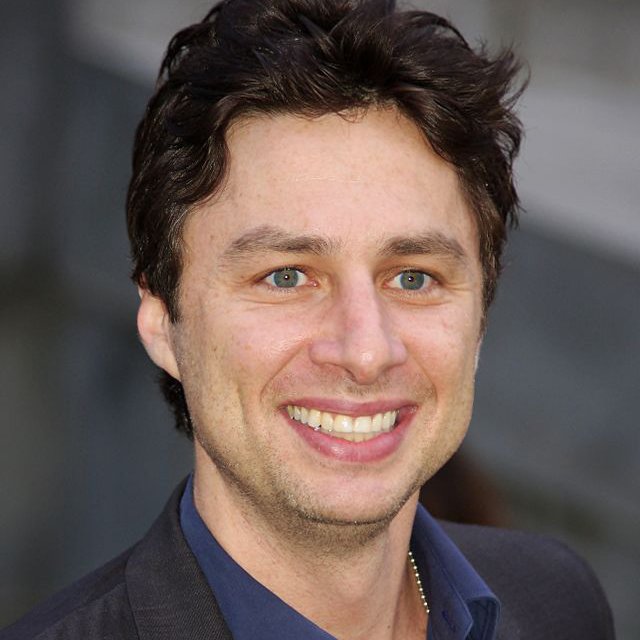 Zach Braff is an American actor, screenwriter, producer, and director. Braff first became known in 2001 for his role as Dr. John Dorian on the TV series Scrubs, which earned him his first Emmy nomination. Braff remained working on Scrubs for eight years until he announced his departure as an actor, his last episode airing in December 2009. Braff has, however, taken an executive producer’s role on the series. In 2004, Braff made his directorial debut with Garden State, a coming-of-age film. Braff returned to his home state of New Jersey to shoot the film, which was produced on a budget of $2.5 million. The film made over $35 million at the box office as well as profiting from DVD sales, and was praised by critics, giving Braff his first financial success and critical acclaim in film work. Braff wrote the film, starred in it, and selected and produced the soundtrack record, for which he won a Grammy Award for Best Soundtrack Album in 2005. Braff is also known for starring in the films The Last Kiss and The Ex, and for his vocal work on Chicken Little. In 1993, he had a supporting role in Woody Allen’s Manhattan Murder Mystery – a role that would mark his film debut. Braff states that he will continue to write and direct films in the coming years.